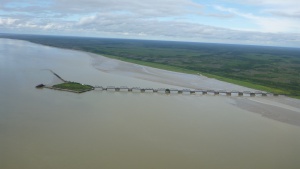 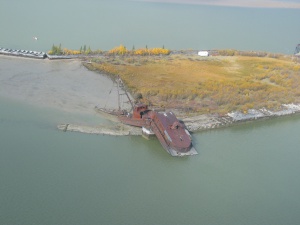 Port Nelson was a seaport along the coast of Hudson Bay, which was started but never completed a century ago. Situated in the mouth of the Nelson River it was constructed as part of a scheme by the Federal Government to help increase competition in the movement of grain out of the prairies. It was intended to create an alternative route to the traditional ports in Vancouver, Thunder Bay and Montreal by going through Hudson Bay. The project involved building approximately 800 km’s of dedicated rail line (the Hudson Bay Railway) along with extensive port facilities along the coastline. Construction of the port on the Nelson River began in 1913 but was halted in 1917 due to the economic effects of World War I. The works completed to that point included a significant portion of a 2 km long man-made island, a 17 span 730 m long truss bridge to access the island, a large custom-built dredge for construction, a small town site with all the amenities, and the most advanced radio communication system of the day in Canada.

The project was not revived until 1927, at which time an expert engineering consultant was brought in to re-evaluate the technical feasibility of the port’s location. The conclusion of the report was that the site is a poor location for a port due to its shallow waters and openness to the north wind, and that the Churchill River was a far superior location offering a natural deep harbor. The decision was then made to abandon the partially built Port Nelson facilities in favour of the better Churchill River location. Despite salvaging as much usable material as possible, a significant amount of infrastructure was left behind and abandoned. To this day, over 100 years later, portions of the man-made island, the bridge and the dredge are all still present at the site. This failed engineering project may possibly represent the most significant engineering boondoggle in Manitoban, or even Canadian history.

Please see the Hudson Bay Railway for additional information on the construction of the railway.

Located on the North bank of the Nelson River the concept for the port facilities included the following:

What Was Constructed & What is Left

The remains of much of what was originally constructed between 1913 and 1917 can still be seen today. 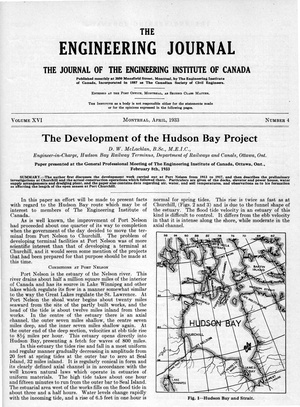 In the later part of the ninetieth century there existed a significant amount of animosity towards the incumbent railroads against their monopoly in the movement of grain out of the prairies. As such, there was significant political pressure to increase competition by providing an alternative route for the export of grain. At the time the primary grain markets where situated in England, opening up the opportunity to utilize the traditional fur trade route through Hudson Bay. The competitive advantage of this route was that it was 60% shorter from the Nelson River on Hudson Bay to Liverpool in England then from Port Arthur (Thunder Bay) to Liverpool.

Once the concept of having a railway constructed from the prairies to Hudson Bay was rationalized, then came the issue of where to place the port facilities as the terminus of the railway. Immediately two prominent locations became contenders; the mouth of the Nelson River and the mouth of the Churchill River. From the beginning there were differences of opinion between engineers as to which was the better location. The Churchill River had a very good natural harbour but required the railway transversing hundreds of kilometres of muskeg, bog and permafrost in order to get there. The Nelson River had a much more practical railway route, however the river mouth had very poor conditions suitable for a port. Engineers and politicians were divided for years over which was the most suitable location, including endless discussions and debates in parliament. Even once the construction of the railway from Saskatchewan started in 1910 the matter of the port’s location had still not been settled.

In addition to the technical debate of which was the better location, there was the political debate regarding the borders between Manitoba and Ontario. In the early 1900`s Manitoba’s borders had not yet expand to its current extent, and was a much smaller square province. The borders of Alberta and Saskatchewan had recently been set in their current configurations in 1905. Depending on how the Manitoba-Ontario border was extended northward it was then possible for a port on the Churchill River to be within Manitoba but a port on the Nelson River to be within Ontario. However, the western provinces wanted the port kept out of the jurisdiction of Ontario. Conversely, the politicians in Ontario most likely wanted to have control of the port within their jurisdiction. In 1912 the provincial borders were redrawn as they are today with both rivers held within the province of Manitoba. The decision was then made to proceed with the port on the Nelson River, with construction starting in 1913. (Note: It is unclear of the exact timing for the decisions involving the provincial boarders and the port location, but sufficient to say that they were very close in time.) 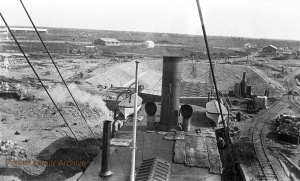 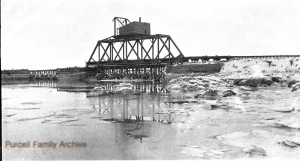 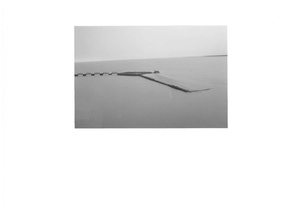 Early in the projects implementation it was recognized that a specialized sea going dredge would be needed. As a result, one of the first things done was to commission the construction of a dredge. A contract for the construction of the dredge Port Nelson was awarded to Polson Iron Works of Toronto. With a suction line of 610mm it was thought to be the most powerful dredge in the world when it arrived on site in September of 1913.

Originally the concept for the port called for a more standard port design consisting of a series of wharves adjacent to the riverbank, protruding out into the river. However, after constructing the first wharf it was observed that sediment from the river was being deposited around the wharf, silting it in. It became immediately apparent that this type of concept was infeasible in the Nelson River due to the locale river hydraulics and was quickly abandoned.

Upon noticing the shortcomings in the original design of the port facilities, the sites chief engineer William McLaughlin (McGill 1900) conceived of a completely different design concept. This concept incorporated an artificial island far out into the river adjacent to a deep part of the river channel, a bridge to reach the island from the shore, and breakwaters for protection. After heading south to get approval for the redesigned concept, McLaughlin returned promptly to begin implementing the new concept. Much of what remains today is from this partially completed redesigned concept. McLaughlin never favoured Port Nelson as the better terminus but, nevertheless, implemented it to the best of his ability.

Shortly after starting the project WWI broke out in 1914. As the war progressed it became apparent that undertaking a project of this magnitude and expense under the economic conditions of WWI became overwhelming. So, in 1917 the project was temporary suspended.

When work on the project stopped the intention was to return to complete the work at some future date. As such, all of the supporting infrastructure, construction material and construction equipment were left at the site. Specifically, this included the large custom built dredge Port Nelson, left moored along side the partially completed island wharf. In the years following the suspension, a ferocious storm rolled through the area causing the water and waves levels to increase substantially, rising up and over the island. The impact of this storm was that the dredge, moored in storage at the island, was tossed up and onto the island. Once the waters receded the dredge was effectively marooned on high land and deemed damaged beyond repair. The dredge was abandoned and remains there to this day. 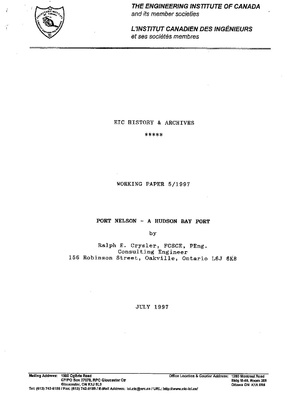 In 1927, approximately ten years after the project was suspended, interest in completing the project was rekindled. An expert consulting engineer specializing in harbor designs named Frederick Palmer was brought in from the UK. He was commissioned to report on the relative advantages and disadvantages of the Churchill River and the Nelson River as harbors. His technical report on the two sites was concise and to the point. The Nelson River is a less then desirable location for a port as it is wide and open to the north, offering little if any protection for ships. It is also very long and shallow, allowing for only a few hours a day when ships can safely navigate through a narrow channel. Conversely, the Churchill River is a highly desirable location for a port as it has an ideal natural harbor that offers significant protection for ships and has a sufficiently deep channel for most of the route.

The evaluation also took into consideration the significant investment already made into the Nelson River location, but determined that it was still more economic to relocate the port to the Churchill River rather than complete the works at the Nelson River. The last component feeding into the decision were some recent advancements in the construction of railroads over permafrost terrain, addressing concerns regarding the construction of the rail line to the Churchill River location.

Ultimately the decision was made to abandon the Nelson River location for technical and economic reasons and to relocate the port to the Churchill River.

In the switch, much of the town site, construction infrastructure and construction materials were salvaged from the Nelson River site and moved to the new Churchill River one. Notably leaving behind the bridge, the island, and the mourned dredge.