The Foundation of the Aviation Industry in Manitoba

As a means of celebrating the role of engineering and geoscience in the development of Manitoba and APEGM's history, the Heritage Committee created a series of articles that link water to the economic and social development of the province. This article, while somewhat linked to water, deals with the development of the aviation industry in Manitoba. In particular, looks at the formation of an aviation company that is known today as Magellan Aerospace.

You could say the development of an aviation industry occurred by happenstance. Two things came together. First, a gold strike in the 1920’s was made at Red Lake, Ontario northwest of Dryden. With no roads, aircraft became the best means of access. Water was the preferred surface with aircraft on floats in the “open season” and skis when the Lake was frozen. The demand for air service spurred the rise of commercial aviation in Manitoba and North Western Ontario. The second was the hobby and interest in those early aircraft and their pilots of one Winnipeg based entrepreneur.

The gold rush created the need and the profit potential for aircraft to fly men and machines to Red Lake. This was the economic incentive that led James A Richardson to get involved with commercial aviation. In 1926 he founded Western Canadian Airways (WCA) initially focused on Red Lake. However, over the next few years WCA helped open up the mineral mining development of the North with their air transport routes. Richardson then amalgamated Western Canada Airways with five eastern air services in 1930 to form Canadian Airways Limited (CAL) CAL operated through the 'Dirty Thirties' and into the 40s, delivering passengers and cargo to northern communities and outposts. In 1942, the Richardson family gave in to federal government pressure and interference in commercial aviation (with the government owned Trans-Canada Airlines) and sold CAL. 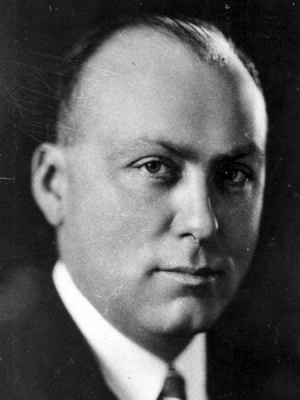 Back in 1926 Richardson found that the most suitable aircraft for the type of work was the Fokker Universal, as it was readily convertible from wheels to skis and to floats in the open-water season. These aircraft were flown by an assortment of pilots who became legendary bush pilots. Punch Dickins (see panel), Wop May, Ray Brown and others were opening up new routes and from time to time damaging their machines. Winnipeg was the closest city and the float planes would land on the Red River at the Brandon Avenue base. (in 2011 it is the site of the Redboine Boat Club). One of the regular visitors to watch the aircraft and talk to the pilots at Brandon Avenue was Grant MacDonald.

It was Grant’s interest in aviation that sparked the creation of MacDonald Brothers Aircraft Ltd. in 1930. The pilots would fly into Winnipeg and Grant made friends with many of them. Once the pilots knew Grant was involved with a sheet metal shop they asked him to carry out repairs. Quickly MacDonald became aware of aircraft maintenance issues and Grant arranged to repair the floats they used for water landings. 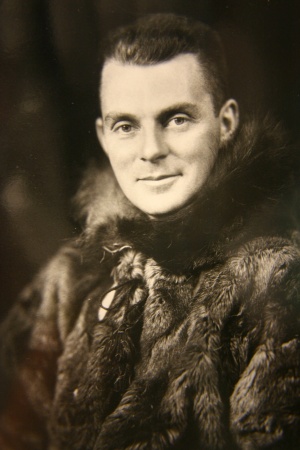 The MacDonald Brothers story starts in 1904. This was the year the three MacDonald brothers left Nova Scotia for the Prairies. Two of them, Grant and his brother James arrived on a harvesters’ excursion train to farm near Portage la Prairie. Obviously farming didn’t really suit the brothers as in 1906, with the third brother Edwin, they formed the MacDonald Brothers Sheet Metal and Roofing Company. The company prospered and was still operating in Winnipeg as late as 1980.

The largest US manufacturer of floats for aircraft was Edo Aircraft (which became EDO Corporation in 1947). The founder, Earl D Osborn, established it in 1925. Osborn wanted to find a manufacturing outlet in Canada. He knew the Western Canadian Airlines pilots and operators and, the story goes, sought their advice as to which company they would recommend. The reply seems to have been that he should not deal with anyone but Grant MacDonald in Winnipeg. MacDonald was invited to College Point, NY (today a suburb of Brooklyn) and they became fast friends. So MacDonald brothers became the Edo Licensee in Canada (see panel). 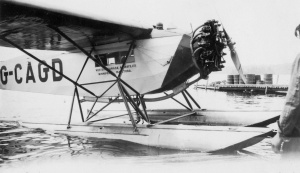 The MacDonalds decided to separate the aircraft business from the sheet metal shop, so in 1930 MacDonald Brothers Aircraft Limited was formed. The new shop was on Robinson Street in Winnipeg’s North End. They also had some space at the Brandon Avenue base for fitting and installing repaired components. It was the beginning of an operation that would manufacture floats for aircraft of Western Canada Airways and become one of the world’s largest manufacturers of seaplane floats.

For the fledgling company the early years were difficult. The depression of the 1930s meant fewer aircraft were flying and being built, therefore, fewer floats and repairs were needed. The factory produced a variety of floats (as well as Edo, Fairchild and Junkers floats were constructed) but still the work was seasonal. The workforce would fluctuate between as few as 2 and as many 20. Because of cash flow problems aircraft repair would only be done just before the flying season. The bulk of the work would be in the late winter, spring and early summer and involve a lot of overtime to enable the aircraft to be available after the spring thaw. It many years for aircraft repair to become an even workload. By then the work included the first overhaul of a Fokker Aircraft. This work provided for steady growth of the workforce, which had reached 65 employees in 1936. 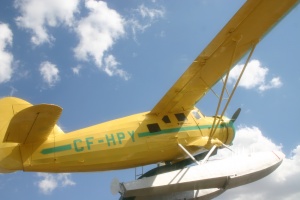 In these pre World War II days MacDonald Brothers also started a relationship with the Royal Canadian Air Force (RCAF) which was to be the foundation for the massive expansion in the war effort that followed. Pre-1936 the RCAF was responsible for overseeing the airworthiness of all aircraft both military and civilian. Hence a close liaison developed between the RCAF inspectors and MacDonald brothers. The plant overhauled RCAF Avro Avian and the ubiquitous Tiger Moth.

As the amount of flying into the North increased the need for rugged “bush aircraft” also increased. One of the most successful was the Noorduyn Norseman. The Noorduyn Aircraft Ltd., founded by Robert B. C. Noorduyn, was established in early 1933 outside Montreal, Quebec. In the later part of the 1930s MacDonald Brothers became the supplier for the floats and the undercarriage installations. The designer of the Norseman, Robert Noorduyn had an excellent pedigree. He had been responsible for the design of the Fokker Universal, the popular utility 1920s transport aircraft that was chosen by James A. Richardson for Western Canada Airways in 1926. This selection was based on its rugged suitability for Canada’s northern conditions. The Norseman (see panel) design revolved around a few basic criteria: it should be an aircraft with which a Canadian operator utilizing existing talents, equipment, and facilities could make money; it should be a high-wing monoplane to facilitate loading and unloading of passengers and cargo at seaplane docks and airports; and it should be an all-around superior aircraft to those currently in use in Canada. The fact that they chose MacDonald Brothers as a supplier is evidence of the high calibre of work the plant was producing.

The need for aircraft maintenance also gave rise to the creation of Standard Aero Engine Works in 1938. This was an offshoot of the Standard Machine Works founded by Charles Pearce and William Bucknell in Winnipeg in 1911. Like the MacDonald brothers, they started to repair and overhaul aircraft engines in the late 1920s. Today it is known as StandardAero. As the company steadily grew so to did its reputation and nowadays has a worldwide presence in the aviation industry. Today it is the world's largest independent small turbine engine repair and overhaul company. StandardAero also operates facilities in the United States, Europe and Asia as well as in Winnipeg.

The outbreak of World War II dramatically impacted Manitoba’s industrial base; few more so than MacDonald Brothers. First the initial Robinson Street plant was expanded and then moved to the 16 acre site at Stevenson Field (as it was known in 1940 – now on Berry Street with access to the James Armstrong Richardson International Airport) the company, (now Magellan Aerospace Limited – Winnipeg) still occupies to this day. Employment went from 100 in 1939 to 1,100 in 1945. In 1954 MacDonald Brothers sold the Aircraft Company to the Bristol Aeroplane Co. of England for a reported $3 Million. It was then renamed Bristol Aerospace until the change of ownership to Magellan Aerospace Limited took place in June 1997.

From these humble beginnings the aviation industry has grown dramatically. In 2010 Manitoba based aerospace industry revenues exceeded $1.6 billion employing an estimated 5,300 persons. They work on aerospace manufacturing and repair & overhaul which accounts for approximately 80% of industry revenues with aerospace training and services providing 20%.