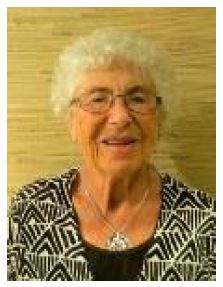 Judith Weiszmann, P.Eng, FEC was one of the first female engineers registered to practiced in the Province of Manitoba in 1969. She graduated with a diploma in Structural Engineering from the Technical University of Budapest, Hungary on March 25, 1954. Despite significant barriers and skepticism near the beginning of her carrier, she eventually overcame all of them and went on to a successful 40 year long career as a structural engineer. In the process she completed over 450 project involving industrial, commercial, municipal, and residential buildings.

When Judith applied for registration with the Association of Professional Engineers of Manitoba (APEM) in January 1958, she was advised that the Technical University of Budapest was not on APEM's list of approved universities and she was flatly denied registration. To Judith, this seemed terribly unfair because her university was formerly named the Royal Hungarian Josef Nador Technical University of Budapest which was on the approved list. After seizing power, the Communists renamed the university for political reasons, while everything else at the University remained the same. Erwin's request for registration with APEM had been approved without any question as he had graduated prior to the name change. Judy requested that APEM write the university to get confirmation of the name change but the registrar at that lime refused her request. After some years of correspondence with, and refusals by APEM, she decided to comply with APEMs examination requirements for registration. This was very frustrating for Judith, but like she always did, she pressed on. For the next several years, Judith concurrently worked full-time for Weiszmann and Associates while writing six qualifying exams, a thesis and raising a family. During this time, Judy's idea of maternity leave was just one week, due to the demands of the work and also financial reasons. When she was finally registered as a Professional Engineer in April 1969, Judith was one of the first woman to be registered to practise engineering in Manitoba's history of professional self-regulation dating back to 1920.

In 2012, marking the 100th anniversary of Raoul Wallenberg's birth, the Swedish Postal Service issued a commemorative stamp. When developing the stamp, the designer contacted Wallenberg's half-sister Nina Lagergren about the design. Nina provided the designer with a copy of Judith's Schutzpass, which Judith had given her in gratitude 15 years earlier when Nina was in Toronto to attend the unveiling of a statue honouring her half-brother Raoul. At the time the stamp was created, no one in the Swedish Postal Service had any idea that Judith Kopstein had survived the war. In 2013, Canada Post also issued a Wallenberg stamp featuring Judith's Schutzpass in the same fashion as the Swedes had done. It was complete serendipity that Judith's daughter Ann bought a set of the Wallenberg commemorative stamps when they were publicly released in Canada, "throwing them into her purse and only looking at them the next day." When she told her mother that her Schutzpass had found its way onto the stamp, Judith was exceedingly honoured and humbled to find herself on both the Swedish and Canadian stamps with her hero, Mr. Wallenberg.