The Kelsey Generating Station (GS) was the first hydroelectric generating station developed on the Nelson River. The requirements for the project were driven by the confirmation in early 1956 by the mining company Vale (International Nickel Company of Canada or INCO) that a world class nickel source was available in the Mystery Lake - Moak Lake area. In August of that year, Vale informed the Manitoba Hydro Electric Board that over 100 MW of power would be needed to service a new nickel mining and smelting operation and associated town site that Vale was planning to develop in what is now the Thompson area. Given the remoteness of the site and abundance of hydroelectric potential in the region, locally-generated hydroelectric power was the logical energy source.

After reaching an agreement with Vale to deliver power by the summer of 1960, the Manitoba Hydro Electric Board initiated survey work on the site in 1956 and moved quickly to complete the project.

The Kelsey GS is located at the site of the former Grand Rapids (Photo 1) on the Upper Nelson River just upstream of the confluence with the Grass River. It is approximately 685 km north of the City of Winnipeg and 90 km (56 mi) northeast of the City of Thompson. The station is not located closely to any other Manitoba Hydro generating station. 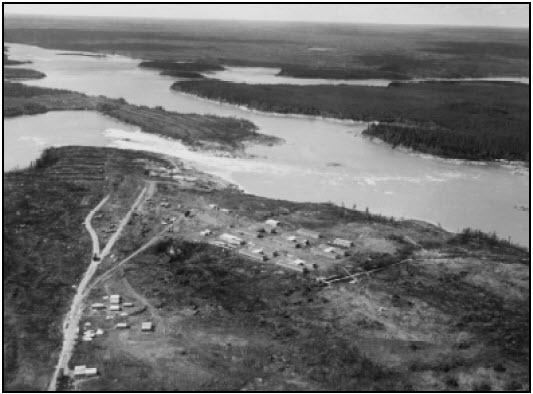 Photo 1: Grand Rapids on the Upper Nelson River during Construction of Kelsey - 1957

The station spans a total of 0.9 mi (1.4 km) across the Nelson River and consists of a close-coupled intake/powerhouse with seven generating units (and two 0.675 MW house units), concrete wing walls, main dam, dyke structures and a nine bay gated spillway (called a sluiceway back then). 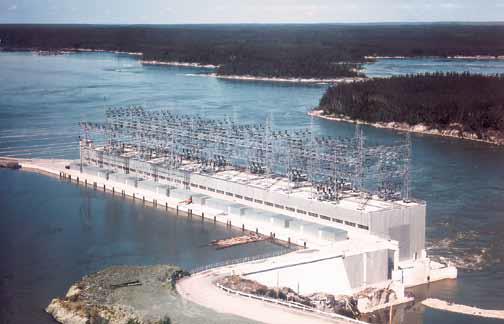 Photo 2: Kelsey Powerhouse with the Transformers and the Switchyard on the Top 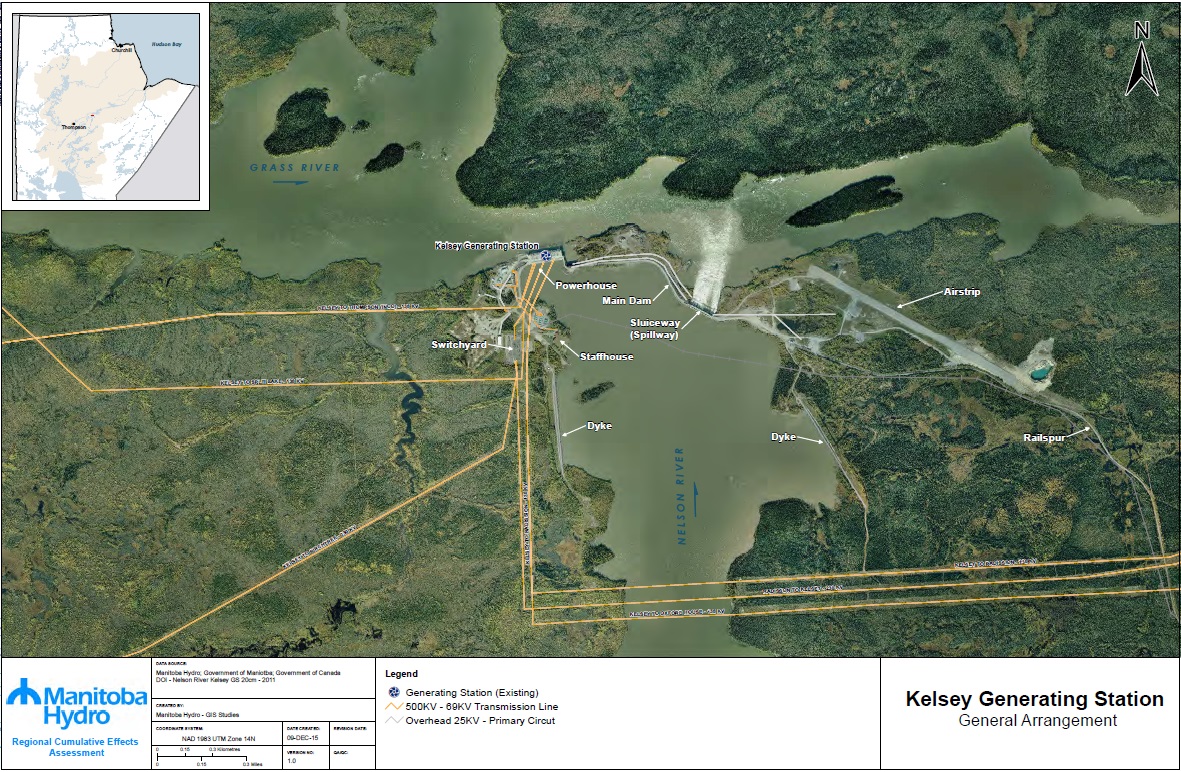 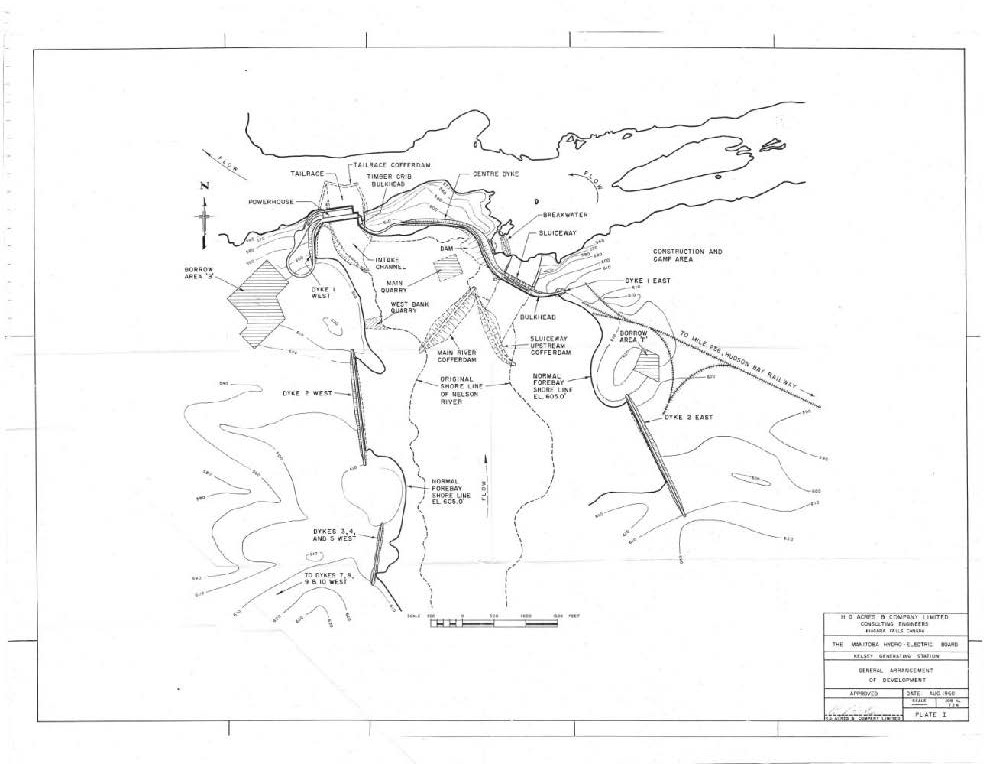 The Kelsey powerhouse was sized for seven turbine generators (called units) with only five units installed to meet the initial expected demand, with room to expand capacity as load increased and was anticipated to go as large as 10 units as indicated by the space to the east of the powerhouse as shown in Map 1.

To provide year-round access to the project, a 13.5 mi (22 km) rail spur line called the Kelsey Spur was built in the winter of 1957 and is connected to the Hudson Bay Railway line at Mile 256, also known as Pit Siding and is owned by Manitoba Hydro. With no permanent roads in the region, the Hudson Bay Line was the only form of year-round ground transportation. The Kelsey Spur line is accessible from the north via the Town of Gillam or the south via the City of Thompson and is typically not used or cleared during the winter.

Over the years the transmission components into and out of the Kelsey GS, initially dedicated to Vale and the City of Thompson, have been expanded, broadening the station’s role in Manitoba Hydro’s power system. A second switching station located to the southwest of the generating station was added in 1972 as part of the enhancements. The following transmission lines have been added as part of these enhancements: 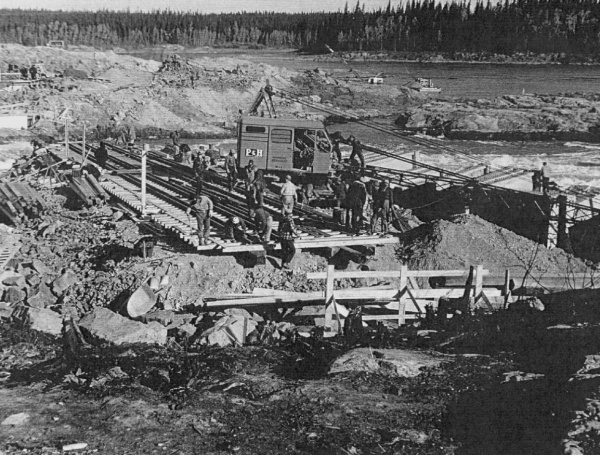 Most of the rock and impervious construction materials came from the surrounding areas as shown in Figure 2A-1. However, sand was brought in from Pit Siding which was an area previously used for railroad ballast on the Hudson Bay Railway, and a small amount of crushed gravel was brought in from the City of Thompson early in the project.

The first unit went into service in 1960 (Photo 4) with the first five units into service by 1961. A sixth unit was installed in 1969 and a seventh unit in 1972. All units were re-turbined between 2006 and 2013, which increased their operating capacities. 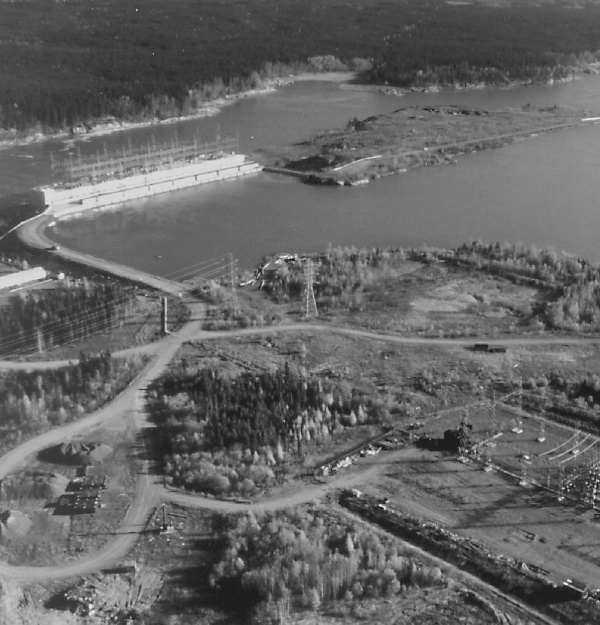 A construction camp, associated work areas and waste water treatment facility were established near the site as shown in Figure 1. Construction power was provided by an onsite diesel generator.

Workforce: The station has approximately 30 to 35 staff comprised of the following: operating staff, maintenance staff (electrical, mechanical, utility), support staff (administration, stores) and supervisory staff. The workforce arrive at Kelsey from various locations within the province. The workforce is split in two shifts who work an eight days on/six days off schedule, allowing the station to be fully staffed every day between 0700 and 1800. After hours, the System Control Centre located in the City of Winnipeg monitors alarms within the station and call out operating staff to investigate any anomalies.

Accommodation: The workers stay on site in either the 38-person staff house that was originally built in 1964 and replaced in 1991, or the 13 person mobitel (temporary trailers) that was installed in 1997.

Public Safety: The Kelsey GS has a portage around the site and the following public safety features: 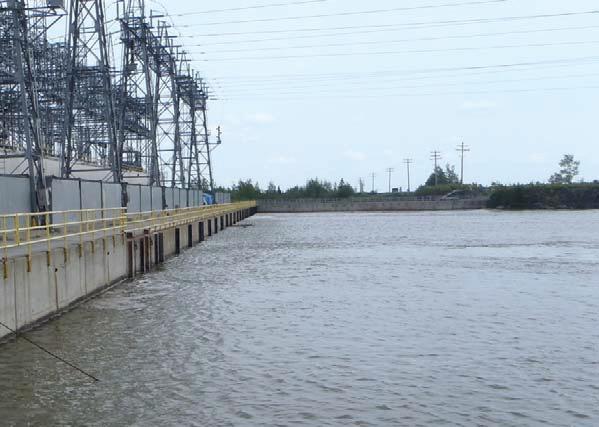 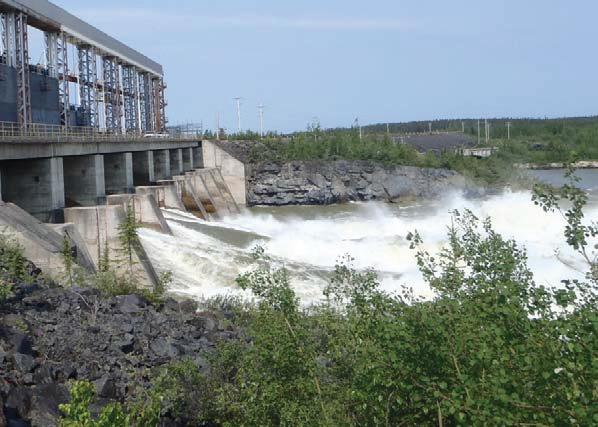