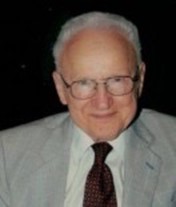 Nes Mudry was born on January 25, 1921 in Winnipeg, the fifth of five children and the only son of Ukrainian immigrants. He began his education at King Edward School No. 2 on Selkirk Avenue. Nes obtained his B. Sc. (Civil) from the University of Manitoba in 1944.

Nes enjoyed a long, distinguished career as a civil servant for the Province of Manitoba in the field of water resources, drainage and flood control. He was the chief of the Red River Floodway design team. The team carried out research in hydraulics, slope stability, and erosion control and modelled the inlet structure at the University of Manitoba.

On completion, the Red River Floodway was by far the largest excavation project undertaken in Canada to that date, and one of the largest man-made channels anywhere. The volume of material excavated in constructing the floodway, 100 million cubic yards, was close to 40% of the total excavated in constructing the Panama Canal, and exceeded slightly the total volume of material dredged and excavated in the original Suez Canal channel. Moreover, the Red River Flood-way excavation dwarfed one of Canada’s hitherto largest earth-moving construction projects, the South Saskatchewan River Dam project which saw over 45 million cubic yards of material moved to construct two earth-filled dams.

Nes retired from Manitoba Water Resources in 1987 when he was Chief Planning Director.

In November 1952, Nestor Mudry, whose application number was number 1,000, was admitted by Council to membership in the Association. Nes was active on the Membership Committee becoming vice-chair in 1961 and later that year, chair. Nes presented at a conference on “Social Responsibility in Engineering” in April 1971.

During his working career, Nes was active in many engineering and environmental associations. He was an original member of the Clean Environment Commission and was a member of the International Joint Commission for the Lake of the Woods. Nes served the engineering profession as National Vice President of the Engineering Institute of Canada. He was honoured for his service by being named a Fellow of the Institute.

When Nes was 11, his school band teacher suggested he play the trumpet because “the orchestra already had too many violins.” That advice paid off, and kicked off decades of a love affair with music. Nes performed in a band at the Winnipeg Beach Dance Palace in the summer of 1941. At 93, Nes played in the Manitoba Seniors Music Festival, running from October 14 to 30, 2014.

Nes could remember travelling to the Winnipeg Beach CPR picnic in 1934 when he would have been about 13 years old. The family did not have a cottage and vacations were limited to the odd Sunday, all of which meant that going to the CPR picnic was an event. Later he made a few Moonlight trips to the dancehall with friends on his own time.

Nes was predeceased by his wife of 65 years Phyllis. They had four children, three boys and a girl, nine grandchildren and four great grandchildren. Phyllis obtained her Interior Design degree from the University of Manitoba. She ran her own interior design business as well as a home decor shop.

Nes was fluent in Ukrainian. He was past president and served as a long time member of Winnipeg’s Ukrainian Professional And Business Club. He was active in arranging Ukrainian Language lessons. He made several trips to Ukraine to visit his ancestral village and took several cruises on the Dnieper River.

Nes was a long-time member of the Reh-Fit where he enjoyed daily workouts and socializing with friends. He was president of the 116 club, a fun group of older regulars aspiring to reach the age of 116, the age of the oldest living man at the time.