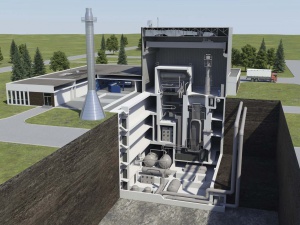 The company charged with decommissioning the nuclear reactor at Whiteshell Laboratories near Pinawa wants to leave it in the ground and backfill it with concrete.

Canadian Nuclear Laboratories (CNL) is proposing to entomb Whiteshell Reactor #1 (WR-1), rather than have it disassembled and removed from the 11,000-acre site near Pinawa in the Canadian Shield.

It would become the first nuclear reactor in Canada to be disposed of by burial. The plan is to demolish surface buildings but leave the reactor in its five-storey-deep basement and seal it with concrete grout. (Read the full article...)

A quick history lesson: Macdonald was the prime minister in the early 1880s when the city’s founding fathers were loading up the war chest to convince both the federal government and Canadian Pacific Railway officials to run the main line of what would become the transcontinental railway through Winnipeg.

That main line was supposed to be built through Selkirk, at the strict insistence of the railway’s engineers, because the Winnipeg area was under water about every generation or so from flooding of the Red and Assiniboine rivers. (Read the full article...) 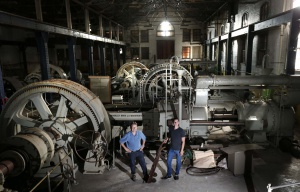 The 110-year-old pumping station at the corner of Waterfront Drive and James Avenue doesn’t look much different but work has been going on to transform the historic building into a vibrant residential, office and commercial centre.

Developer Bryce Alston said his group is waiting for confirmation from city hall that the $17-million project will qualify for a 20-year property-tax freeze before the deal with CentreVenture to take ownership of the property closes. (Read the full article...) 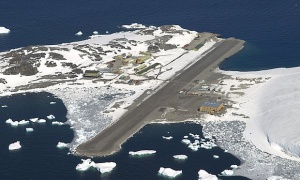 A plane evacuating two workers in need of urgent medical treatment has successfully returned from a freezing and risky 3,000-mile midwinter round trip to a remote base at the south pole.

The Twin Otter aircraft – the only type of plane in the world capable of flying in the -60C (-76F) temperatures of the polar midwinter – began its return journey from the US science station at the pole to the British Rothera base on the Antarctic peninsula in the early hours of Wednesday morning. The flight took approximately 10 hours each way. (Read the full article...)

Backtracks: The Story of Winnipeg's Streetcars

A 29 minute video on the history of Winnipeg's streetcars. (Watch the video...)

Winnipeg's love-hate affair with CPR Yards crossings has been smouldering for more than 120 years. (Read the full article...)